Since time began the mystery and wonder of the night sky has always fascinated humans and made people want to tell stories about the stars and the constellations.

So what are constellations?

On a really dark, cloudless night you can see between 1000 and 2000 stars with the naked eye. The pattern and position of the stars were very important to ancient civilisations for telling the time of year and where they were in the world. Constellations are imaginary groups of stars to help remember which star is which. The ancient poets, farmers and atronomers over the past 6000 years divided up the stars into groups called constellations,which they named in various ways. Since the Ice Ages a bear figure has been
connected with the constellation Ursa Major. The ancient Babylonians, Egyptians and Chinese all had their own constellation figures but it is the Greek system (with Roman names!) we use today. They named some constellations after mythological characters such as Orion and Perseus; others after animals and birds such as the Great Bear and the Swan. Some were named after inanimate objects such as the Triangle. The Milky Way was thought of as the “road of the gods”. New groups have more modern sounding names such as the Telescope. Today we recognise 88 constellations.

What are constellations used for?

Different constellations are visible at different times of the year so you can use them to tell which month it is. This was important for farmers in lands where there is not much difference between the seasons. The positions of the stars told them when to sow seed
and plant crops.

Sailors and travellers used the position of the stars for navigation. The Pole Star, for 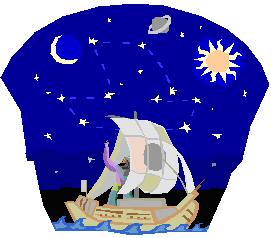 example, is always in the north. The Three Wise Men used stars to locate a certain very famous manger.

Astrologers use the position of the stars on the day you were born to predict your characteristics and your horoscope. 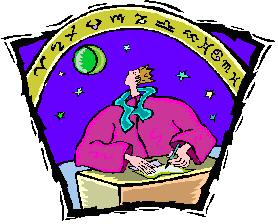 Star signs are based on 12 of the constellations. Your starsign is the one of the 12 that was uppermost in the sky when you were born.

Stars are never far away from us in our day-to-day lives. They are used for decoration on items as diverse as National Flags (Stars and Stripes, New Zealand, Australian, EU etc, etc); to jewellery, clothes, ceramics wallpaper, lanterns and lights;to religious artefacts;to The Great Hall at Hogwart’s (as all Harry Potter fans will know), and even to jockeys’ silks! Hotels are awarded stars for level of luxury. Even MacDonald’s staff earn stars. Everyone has heard of Star Wars. A good firework display is never without a generous sprinkling of stars. Stars are given as rewards for good work at school. How many stars have been wished on? And of course, we all know nursery rhymes about twinkling stars…….

Have a look at:

Stellarium This is an amazing free download that allows you to have your own stellarium at home. Use it to show you what stars you can see in the sky plus much, much more.

The stars have always been and will remain important in our lives.